WHAT IS THE EXHALO™ SHIELD?
The EXHALO™ Shield is a new innovative device from Solutions in Critical Care designed to minimize and manage the release of airborne contaminants and aerosol particles upon patient exhalation.

The study reviewed 34 cases in which the Total Control Introducer was used during a rescue attempt after failure to intubate with other airway techniques. Overall VL + TCI success was as follows:

The study was conducted using computational fluid dynamics modeling of the EXHALO™ Shield in conjunction with an oxygen mask. Researchers observed the release of 1000 2.5 micron particles (the optimal particle size for lung deposition).  They used varying flowrates of 0, 10, 50 and 100 L/min. The flowrates represent the various vacuum systems used in hospitals ranging from portable suction units to full-wall vacuums. Inlet boundary conditions mimicked an 11 L/min breathing rate. 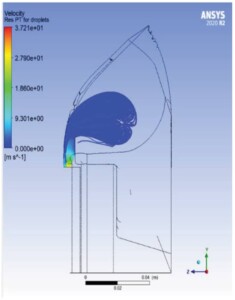