Effective rescue after failed intubation is important to limit the number of attempts and patient risk.

A recent study from the Department of Anesthesiology at the University of Utah School of Medicine investigated the effectiveness of using video laryngoscopy (VL) in combination with the Total Control Introducer™ (TCI) as a rescue intubation technique. Below is a summary of the study.

The Total Control Introducer is an innovative articulating introducer without intrinsic optical capabilities. It has a flexible shaft and controllable tip enabling dynamic navigation and precision tracheal access when used with VL or DL. A modified combined technique using VL in combination with TCI takes advantage of VL’s visualization capability and the TCI’s dynamic and precise navigational capability. This allows difficult visualization of the glottis and/or difficult tracheal access to be solved simultaneously.

The study reviewed 34 cases in which the Total Control Introducer was used during a rescue attempt after failure to intubate with other airway techniques. Overall VL + TCI success was as follows: 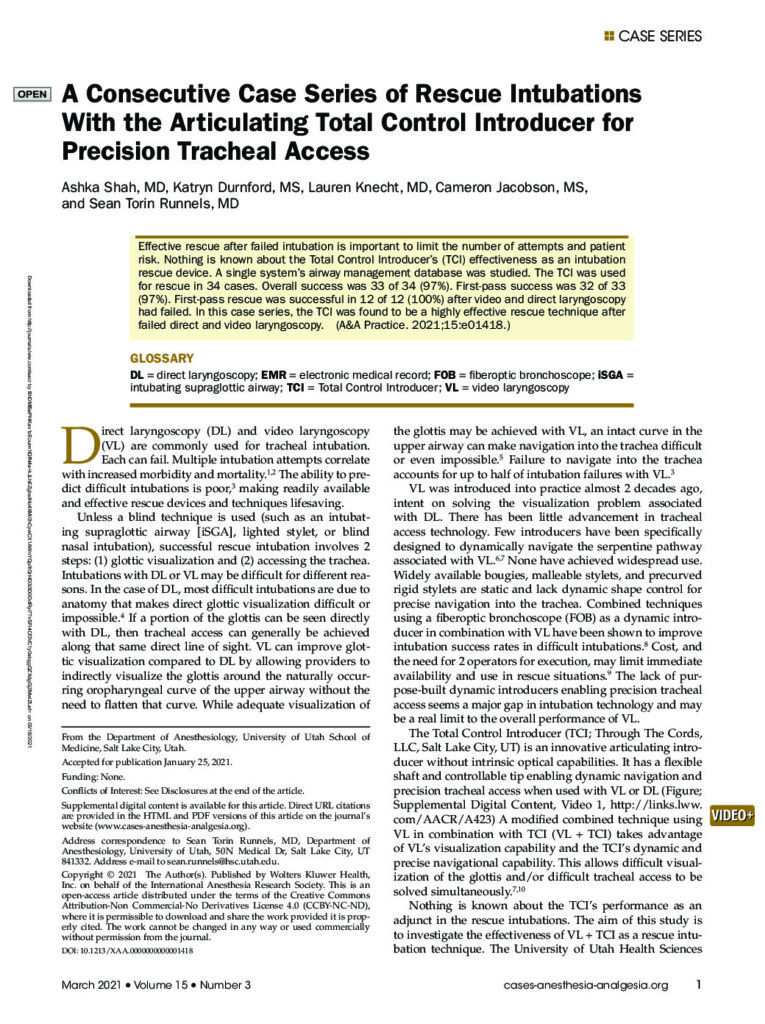 Read More
By developer|2021-05-03T21:25:08-07:00March 18th, 2021|News|Comments Off on Total Control Introducer With Video Laryngoscopy Is A Highly-Effective Rescue Intubation Technique